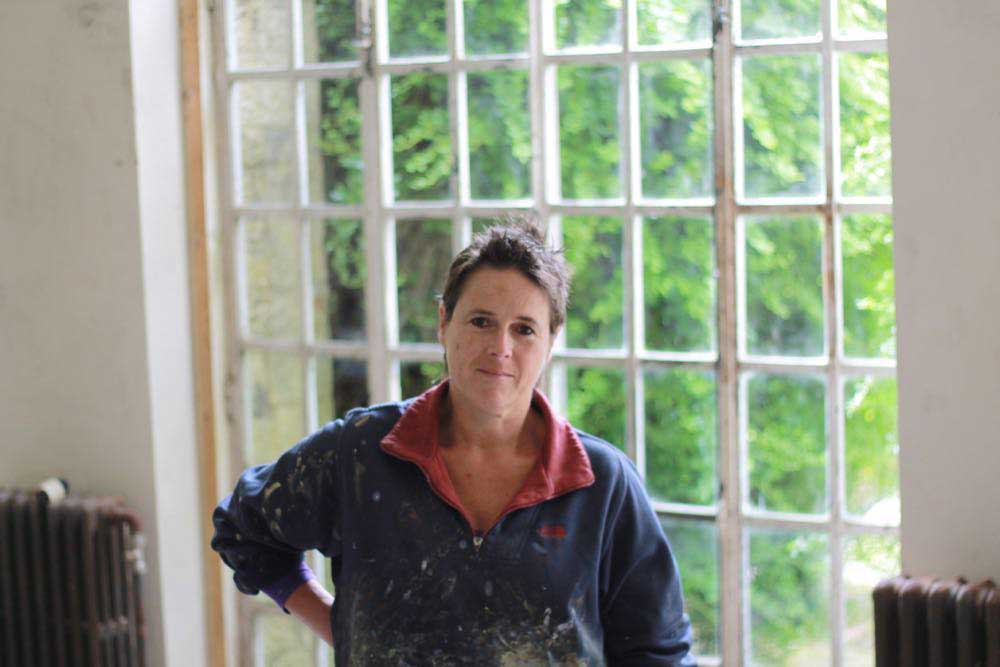 Sara is an abstract painter with over 30 years’ experience working in studios and exhibiting in the UK, pre- and post cold war Poland and Clinton’s America. Trained in Fine Art and Art History in London, Manchester and Glasgow, her teaching has taken her to colleges around the UK and abroad. Experience working across diverse communities - always painting - has taught her more than any formal education could hope to achieve. This has shaped her drive to encourage collaboration and creative thinking and making through learning, through life and through art. In 2018 Sara was awarded a Fellowship for the School for Social Entrepreneurs. She also joined the steering group for the Dartington Collaborative Network. For more insight into Sara's work, go to www.saradownhamlotto.net 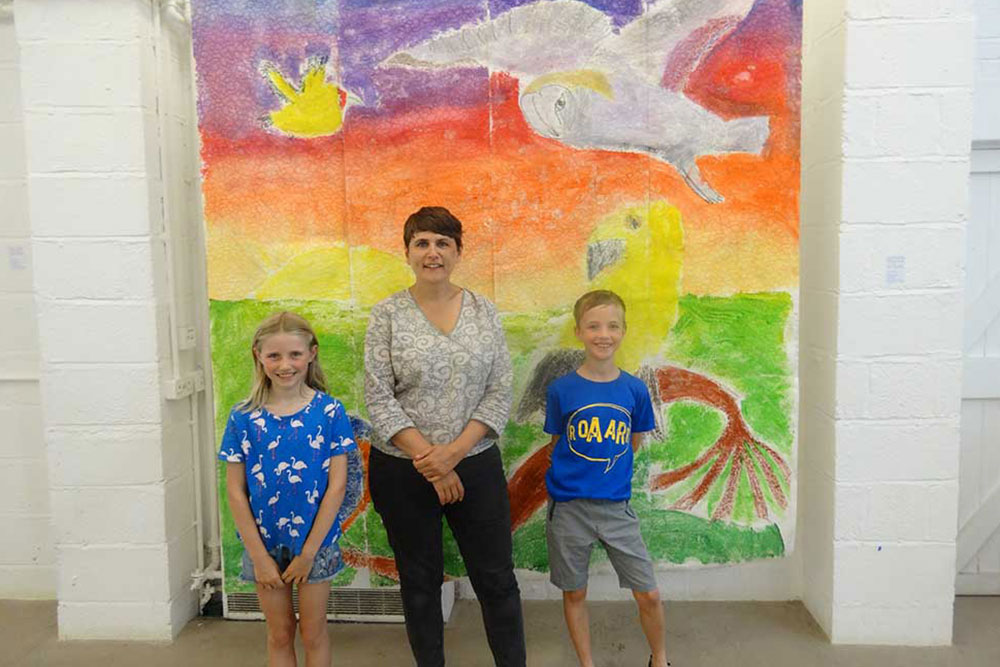 Sophy is an artist educator with over 20 years experience of art practice in a range of media. She has been with Arts Lab since the autumn of 2017. A graduate in Art and Social Context from the University of the West of England, her passion is to facilitate visual arts engagement across broad-ranging groups as a tool for empowerment. Before now, she has worked for organisations such as Thames Festival, Kids Company, Tate Modern and Dulwich Picture Gallery. Sophy also currently teaches art and photography at the South Devon Steiner School. 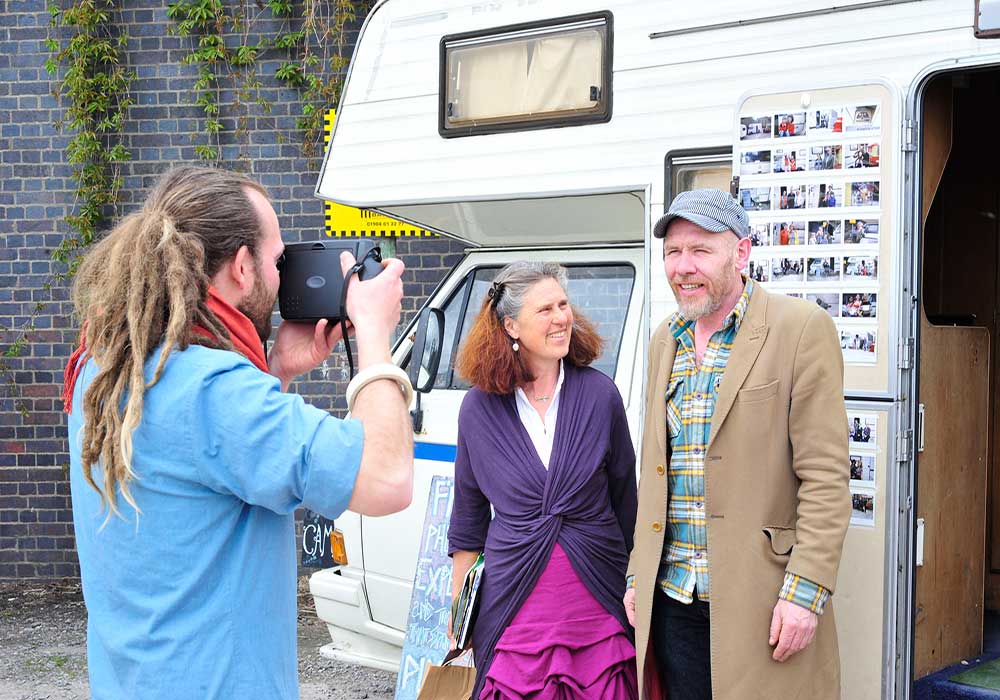 Jon has spent time developing St Saviours and Plymouth Social Enterprise Network as community interest companies, alongside lecturing on degree programmes at Plymouth College of Art, University of Westminster and Falmouth University. As a non-executive director of Arts Lab, he helps to oversee the administrative responsibilities of the social enterprise as a registered company. 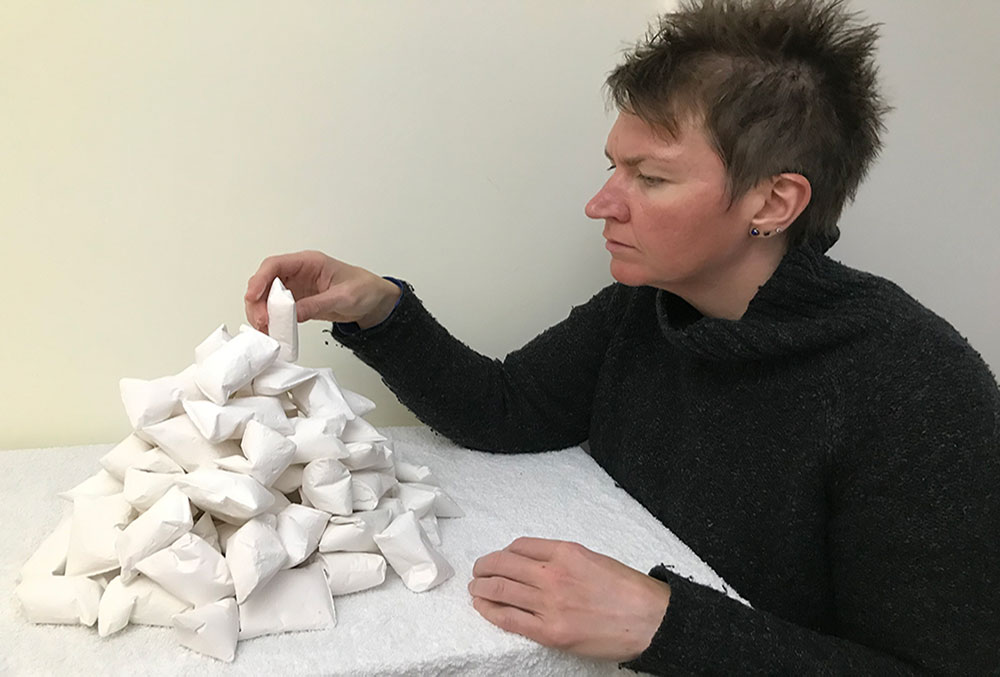 Anna is an interdisciplinary artist whose practice is process driven and material focused. Previous work has explored ideas of the unseen and making the invisible visible. Current practice explores the “jiffy” and fleeting moments in time, specifically focusing on the duration of 1 minute. Anna is excited to be joining Arts Lab as resident experimenter. She will have the space and time to develop and explore her work in new directions, make partnerships, engage with new audiences and work collaboratively with others within the region and beyond. Further information about Anna and her work can be seen at www.anna-boland.com 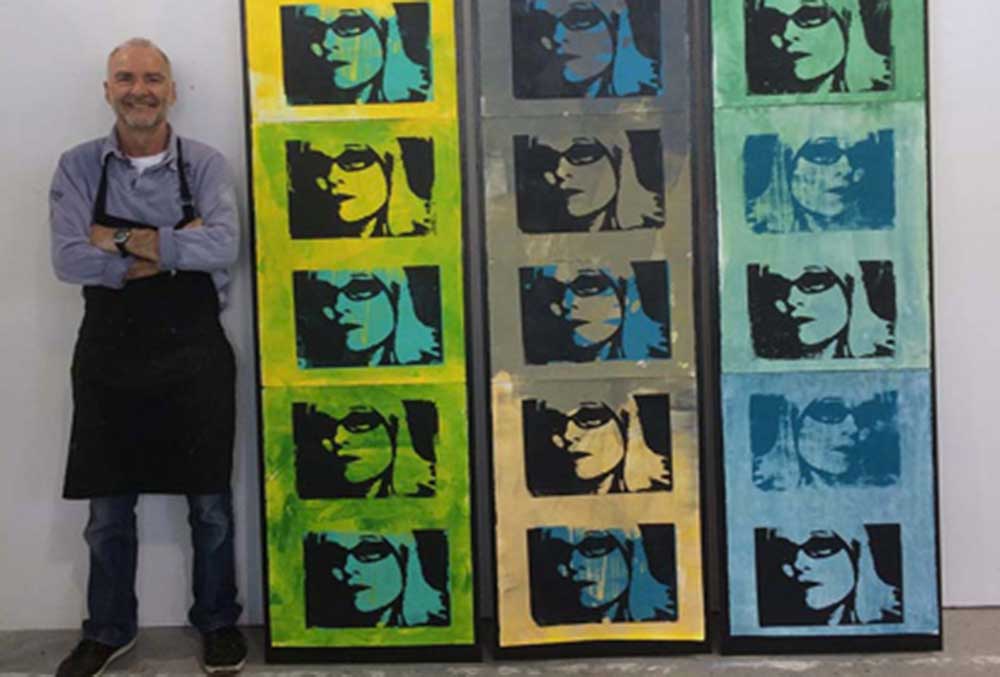 A recent graduate of the Drawing, Painting and Printmaking honours course at Plymouth College of Art, Chris is currently working with Sara on The Great Prison Art Exchange project at Dartmoor Prison - ‘This is a fantastic project that I feel privileged to be a part of’. His original involvement with the project was through the PPD (professional practice development) programme at PCA. Chris has been supporting the project at Dartmoor since autumn 2018. 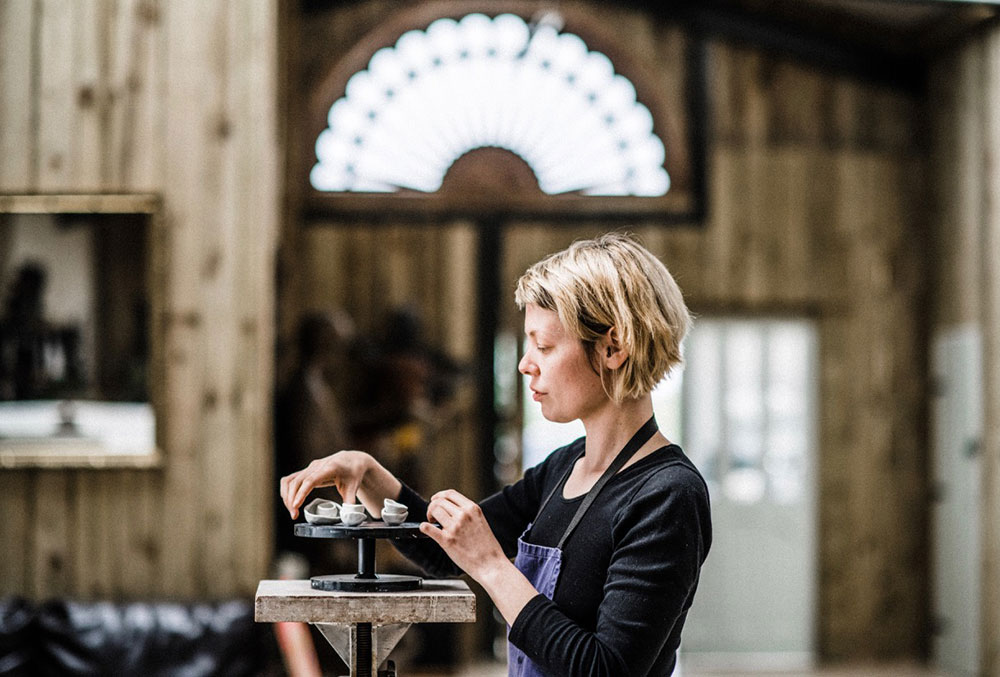 Alice has a background in archaeology and anthropology, which informs her practice. Her work explores how materials and objects become entangled with social and cultural events, with an interest in articulating origin stories and excavating meaning. She has joined Arts Lab to connect with local artists and the community and to develop her art practice. 'This is a wonderful opportunity for me to explore social and community engagement with my work and to have space to experiment and share what I am doing. Arts Lab is a fantastic project that I hope to support through my work here.' To learn more about Alice and her work, go to her website www.aliceclough.com 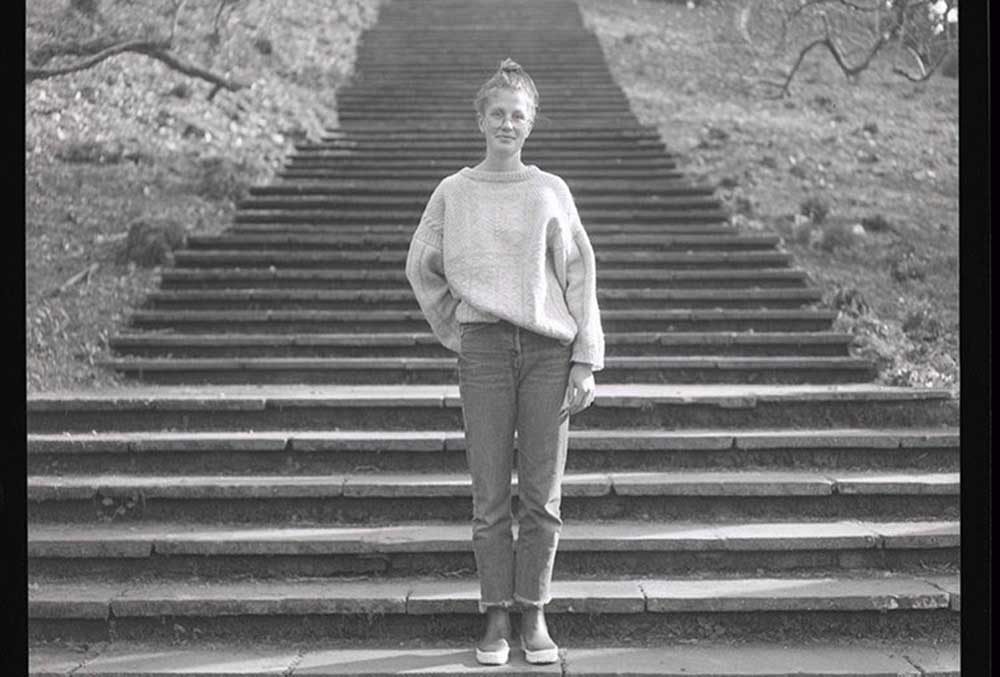 Klara, 23, has recently a gained a first class honours degree in Photography at Plymouth College of Art. During her first year at PCA in the spring of 2017, she did a work placement day at Arts Lab and has been taking photographs for them ever since. Whilst working with Arts Lab she hopes to make connections with new and interesting people as well as developing her skills as a photographer. 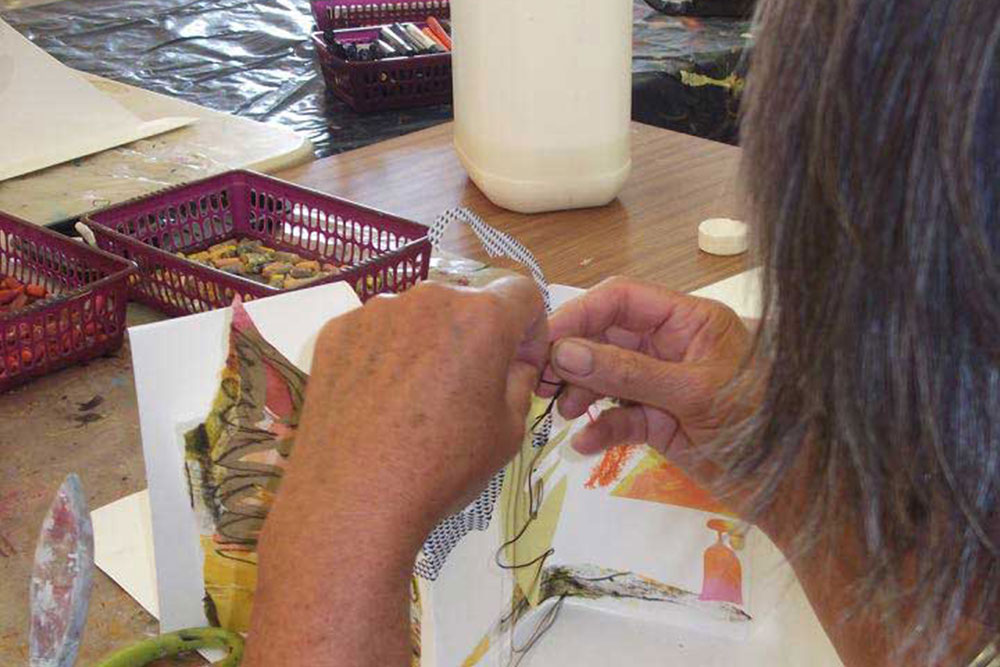 Ali has a background in education and has spent over 35 years working in schools and communities delivering her innovative projects. These projects have taken place in varied settings, involving participants of every age and ability. She has worked with a wide range of organisations across the arts, environmental and heritage sectors, offering consultation, mentoring and training. ‘Thank goodness my week now includes Making Mondays at Arts Lab. I always come away buzzing with new ideas and with my creativity topped up for another week.’ Ali has been a valued steering group member since the Spring of 2017. 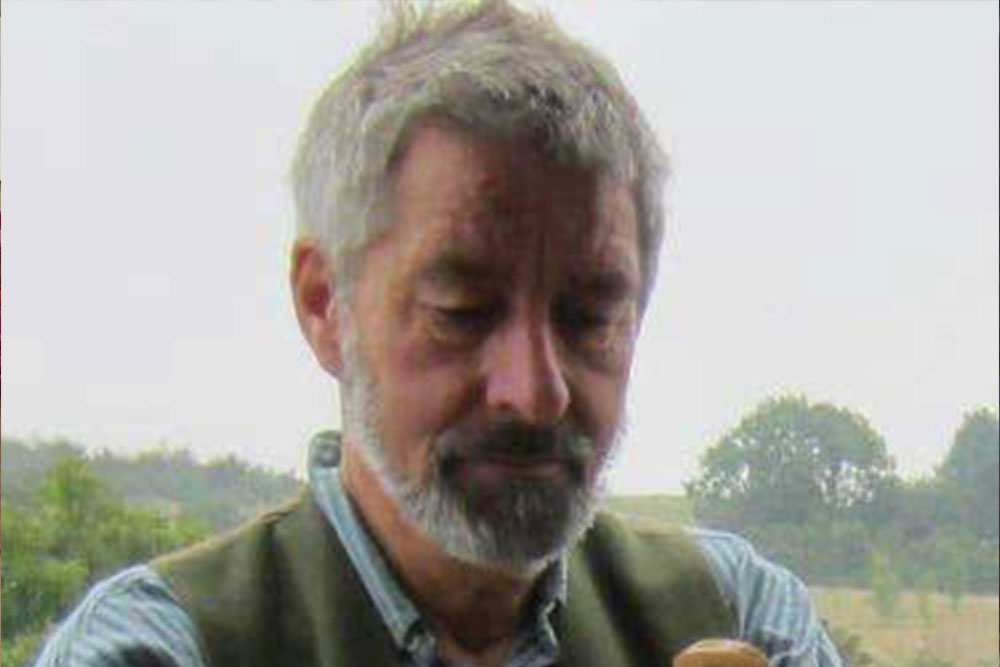 Michael went to art school in the late 1960s, the experience of which, he says, influenced everything he’s done since. ‘Arts Lab is a reconfirmation of my belief that being creative alongside other creative people can change your life. My career was mostly as an editor, largely managerial, in publishers including Dorling Kindersley and David & Charles. I also taught on a ground-breaking multimedia course at Plymouth University, and was a consultant to the publishing industry, among other things.’ Michael has been a valued steering group member since the Spring of 2017. 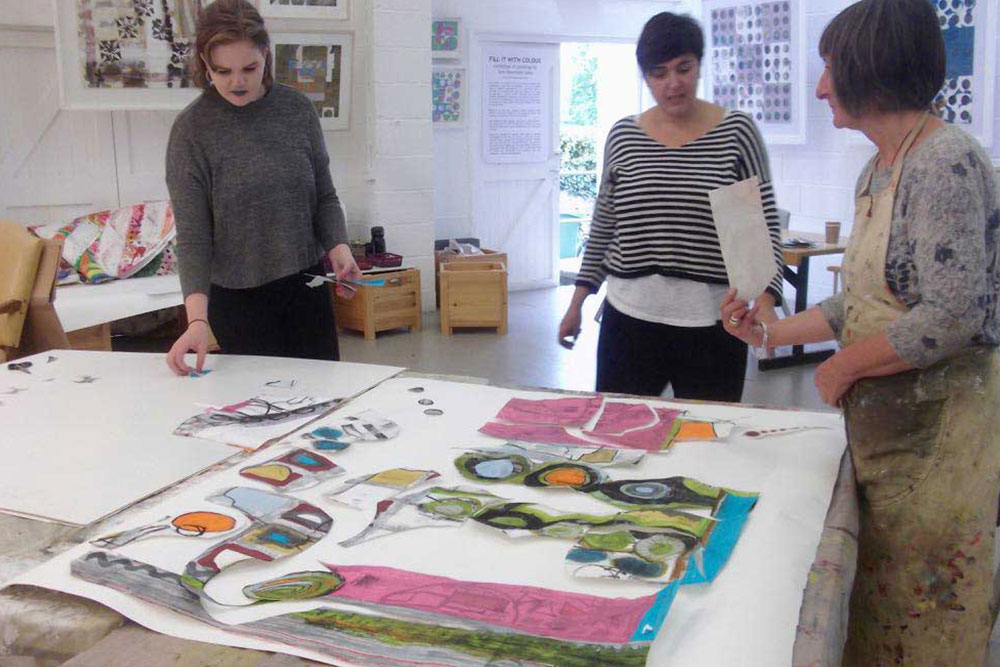 Ness is ‘committed to supporting the project making a real difference to people’s lives as it has done mine’. Thanks to her involvement with the Lab – taking part in workshops, being an interim director and an invaluable member of the steering group since the Spring of 2017 – she took the mid-life decision to be an artist! Ness is now loving her time on the Art Foundation Course in Totnes. 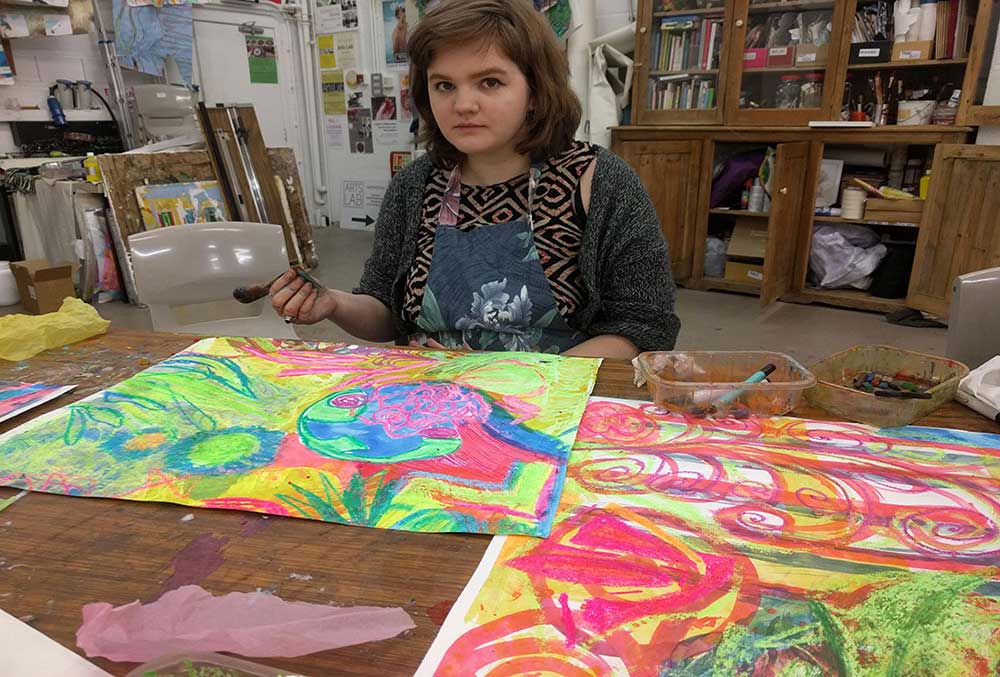 Anna is a young artist who has been involved with Arts Lab right from the beginning in a variety of roles - as a student at Making Mondays and other workshops, as an assistant and facilitator at workshops, as an exhibitor and as social media facilitator. She is an enthusiastic advocate of the Arts Lab ethos and of Arts Lab itself. This is reflected in the vibrancy and creativity of her individual art work.