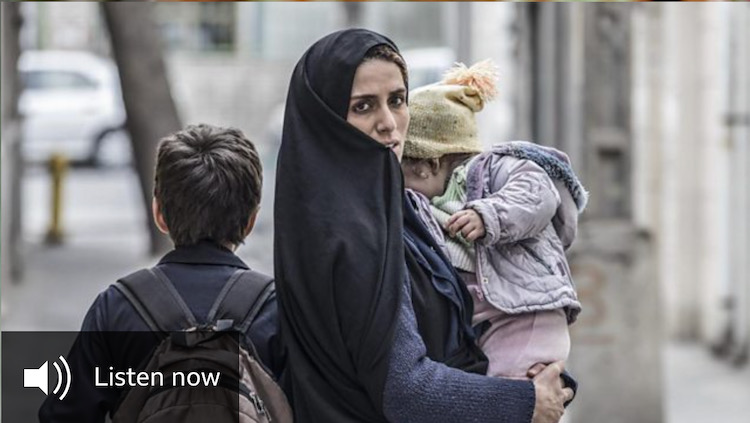 27min I BBC World Service: The Cultural Frontline I Ongoing

The repeatedly arrested film maker and women’s rights activist, Mahnaz Mohammadi, speaks from Iran about the censors and interrogators she had to deal with while making her award-winning debut feature film, Son-Mother. In the story, a young widow struggles to look after her two children in Tehran. When a kind local man offers her marriage, she must choose between poverty and sending her young son away. Mahnaz Mohammadi talks about making art through personal pain.

Female singers in Iran have been prevented from performing solo since the Islamic revolution in 1979. But Farvaraz Farvardin was determined that her voice would be heard. She speaks to reporter Sahar Zand about her musical journey from singing in the classroom, to online videos, prosecution and seeking asylum in Germany.

Visual artist Barbad Golshiri shares his artistic response to the Covid-19 pandemic in Iran. Tuba Mirum is an audio-visual installation that moves between viral spores and loudspeakers heralding the last judgement, and it draws on both Islamic and Christian iconography.

Plus: Film director Shahram Mokri on how sanctions on Iran undermine hit film making, and why his new movie, Careless Crime, revisits the 1978 mass murder of a cinema audience, which fuelled the revolution in his country.

The Art That Changed Me