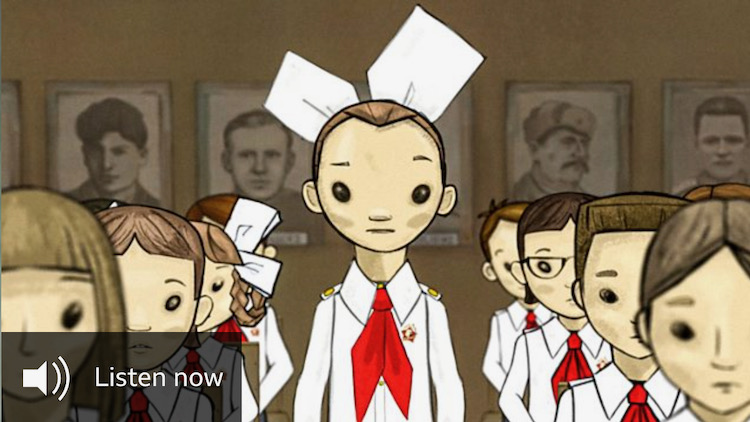 27min I BBC World Service: The Cultural Frontline I February 2021

American and Japanese animation is known around the world, but how are other countries telling their own stories through animation? The animation industry is growing in India and Ghana, allowing for new perspectives and styles to reach a global audience. We speak to Sharad Devarajan, producer for the Indian animated TV series The Legend of Hanuman, and Cycil Jones Abban, the director of Ghanaian animated film 28th the Crossroads, about representation and upcoming trends and challenges.

When Latvian director Ilze Burkovska-Jacobsen was seven, she discovered what she thought were the bones of a World War II soldier in her sandbox. In her animated documentary My Favourite War, Ilze remembers a childhood living under the Soviet regime of the 1970s, where she was forbidden to discuss difficult aspects of the past. She tells us about the lasting trauma of living through that time and the healing power of animation.

Can animation be a tool for activism? Over recent months in Poland, demonstrators have taken to the streets protesting against a new ruling which makes nearly all forms of abortion illegal in the country. Students from Łódź Film School decided to create a piece of protest animation against the ban. We hear from artist Weronika Szyma, who co-organised the short film Polish Women’s Resistance.

All aboard the Mugen Train! French-Japanese animator Ken Arto describes the art of Japanese animation – anime, and his recent work on a scene in Demon Slayer: Kimetsu no Yaiba the Movie: Mugen Train, the record-breaking anime that’s become Japan’s highest-grossing movie ever.